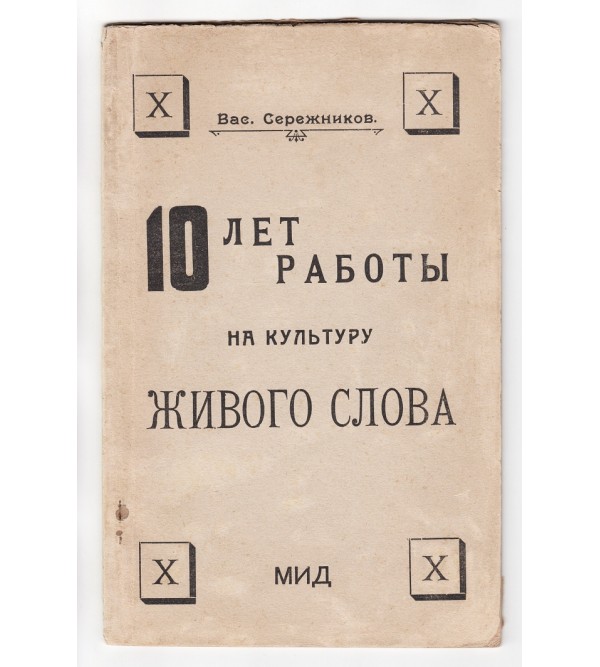 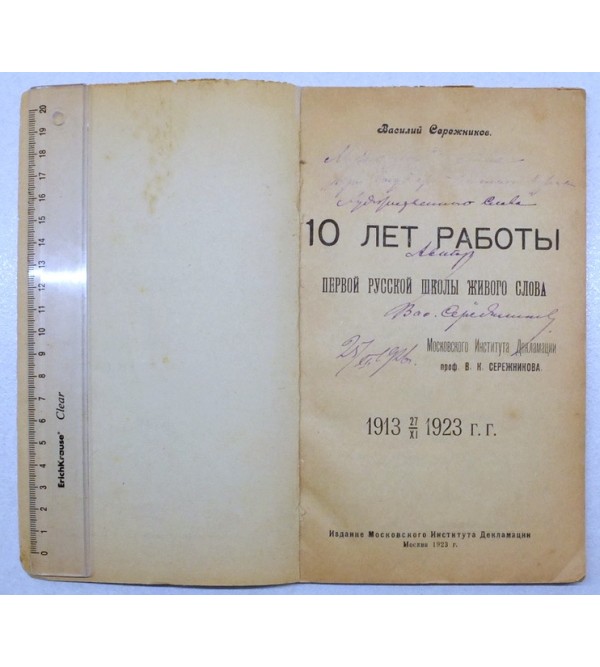 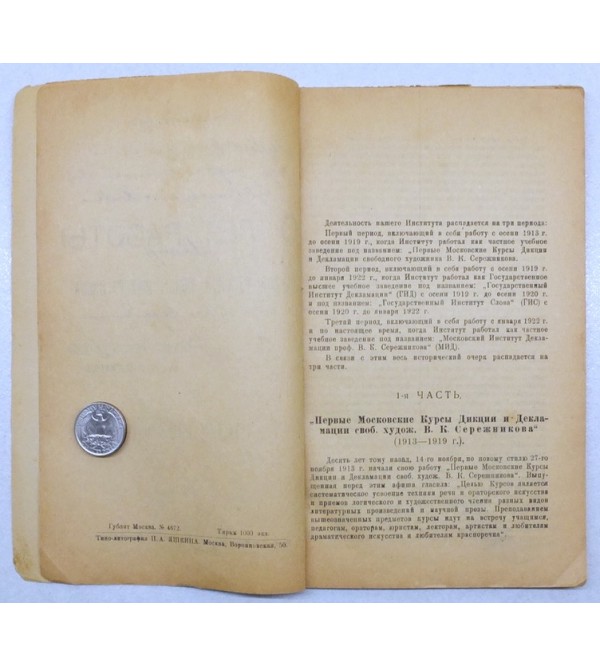 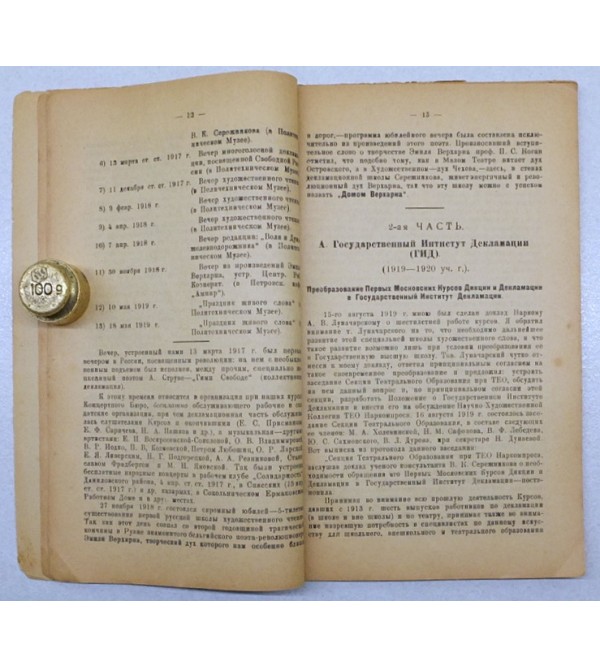 The book presents results of the activity of the Moscow’s First School of the Living Word during the decade of its functioning from 1913 to 1923. The school established by Soviet Russian theoretician of art of declamation Vasily Serezhkov (1885-1952) was started in 1913 in Moscow as a private “Cources in Diction and Declamation”. In 1919 under the new regine the cources were taken under the wing of Narkompros (People’s Commissariat of Enlightement) and reorganized into the higher state educational institution as the “State Intstitute of Declamation“. The institure had four faculties – declamation, artistic telling, oratory, literary-creative, and trained actors, public readers and specialists in oratory. It was closed in 1922 by the reason of incorporating into the structures of GAKhN (State Academy of Artistic Studies). Although, until Nov. 1923 it continued to operate as a private institution.

For each of the three periods provided description of goals and activities, trainers and subjects taught, also School touring shows and performances, reviews of press and workers of Politprosvet (Organizations for political Education), etc. Atached programme of jubilee perrormance dedicated to 10th anniversary that took place on 10 Dec. 1923 at the Great Hall of the Moscow Conservatory.