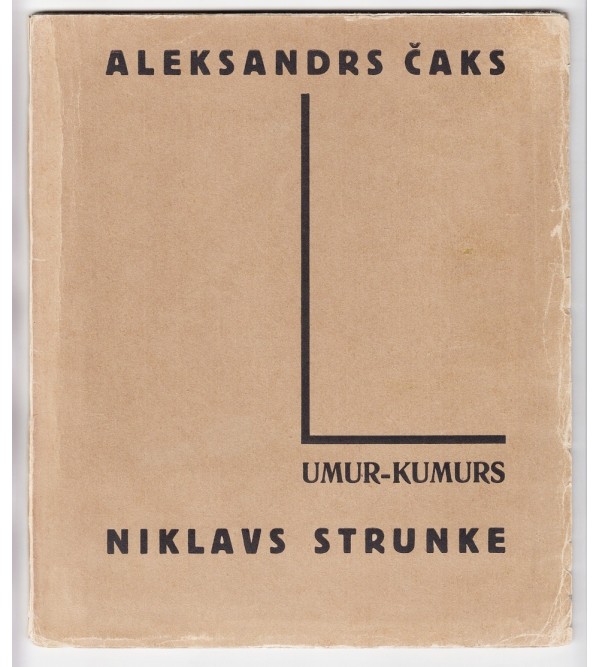 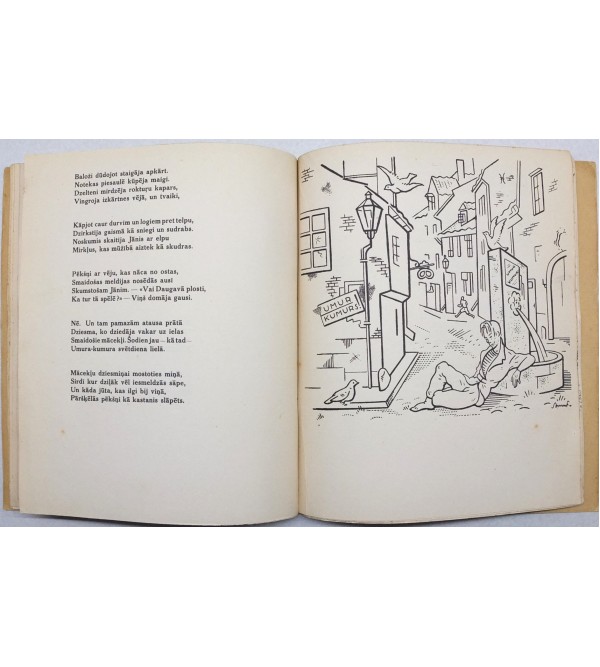 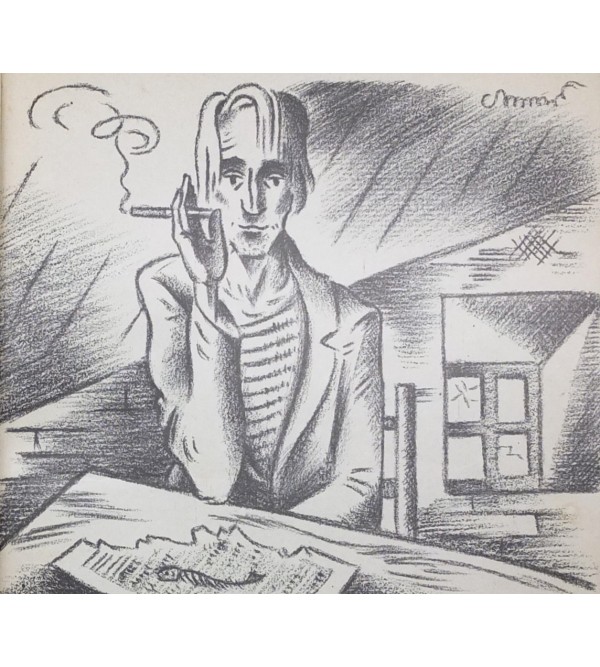 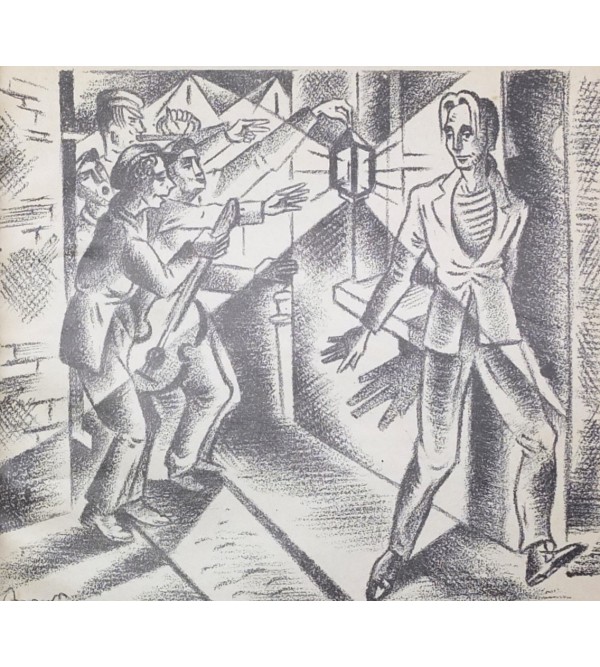 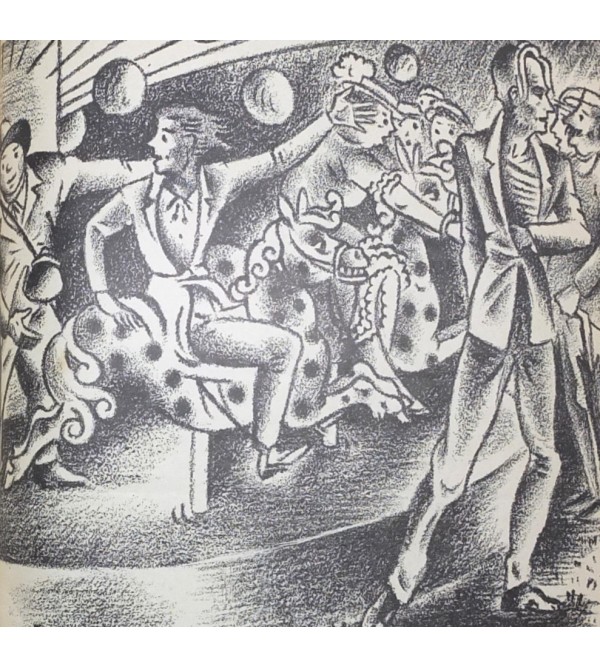 Great modernist collaborative creation of writer and artist. Minimalist book cover design, 8 ink drawings (zincographies) and 10 amazing graphical plates (lithographies) by Niklavs Strunke, who received Culture Fund Prize on several occasions, among them in 1932 for his illustration of the poem "Umur-Kumurs".

Poem's title consists of two German words "Hunger" and "Kummer" (Hunger and Sorrow). This is the poem about Rigas' recent past, which describes a pole-climbing contest at public festival which took place at the turn of the century. The festival was celebrated every autumn in memory of hunger and sorrow of siege warfare. A main hero, who was ascending a pole in front of a crowd falls from a height and dies. But actually this symbolist poem is a statement about the fate of most of the artists despised in life but appreciated only after death. Among Caks's friends were a lot of artists to whom he dedicated this poem - Janis Plase, Janis Liepins, Niklavs Strunke, Karlis Baltgailis, Aleksandrs Junkers and others.

Aleksandrs Caks (1901-1950) was the first Latvian modernist writer and poet whose works are distinctly urban, compared to the usual depictions of country life or small villages in earlier Latvian literature. He created a new tradition, describing in free verse, with exaggerated images, the atmosphere of the suburbs. His poems included topics and characters previously not shown in Latvian poetry - the city night life, homeless people, prostitutes, even the sewers in blockhouses. In his works, Caks shows his deep love for Riga as it is. His influence on a new generation of Latvian poets is greater than any other poet's.

Niklavs Strunke (1894 – 1966) is one of the most original Latvian artists who was devoted to the modernist movements in Europe and at the same time studied the Latvian cultural heritage. Strunke's creative work has been influenced by different styles, the main of them are – Cubism, Constructivism, Futurism, Suprematism, Primitivism and Italian Proto-Renaissance. Beginning with the second half of the 20th century these influencies are mainly connected with the stylization methods characteristic for Art Deco.