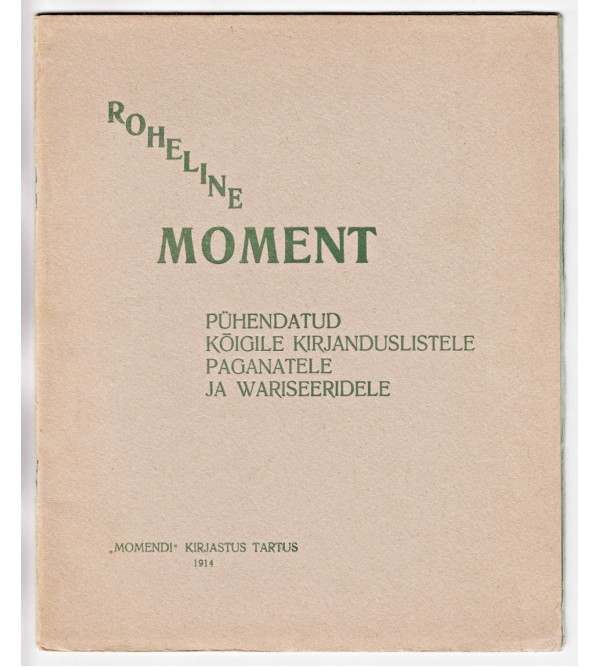 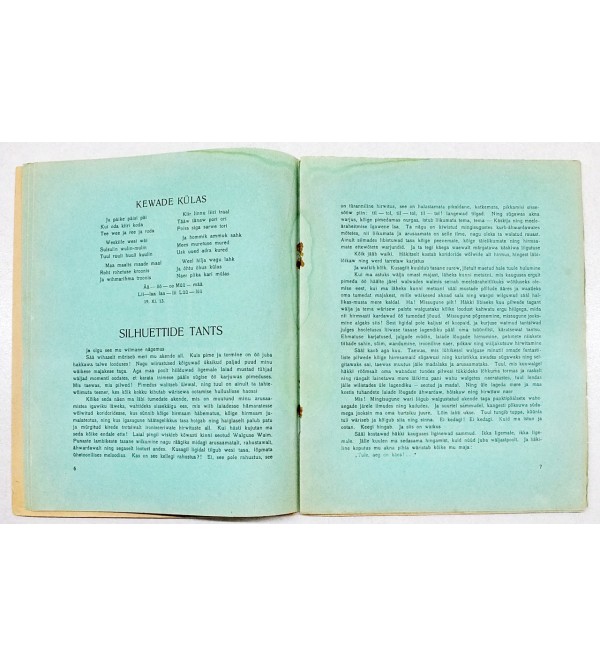 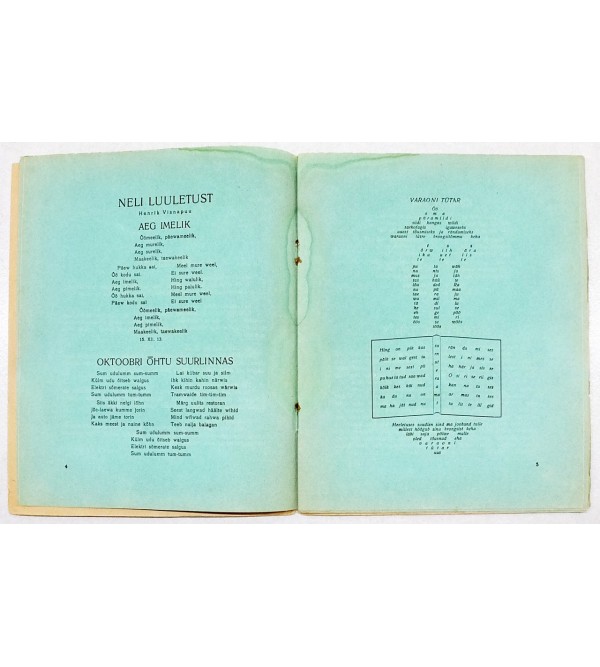 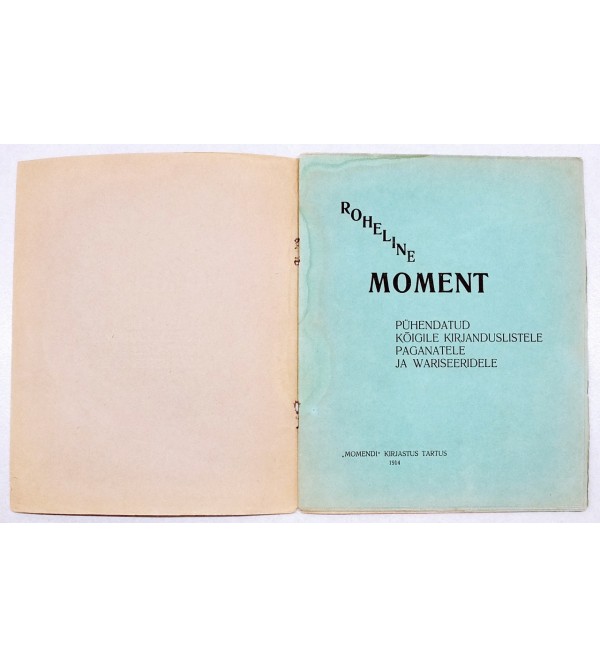 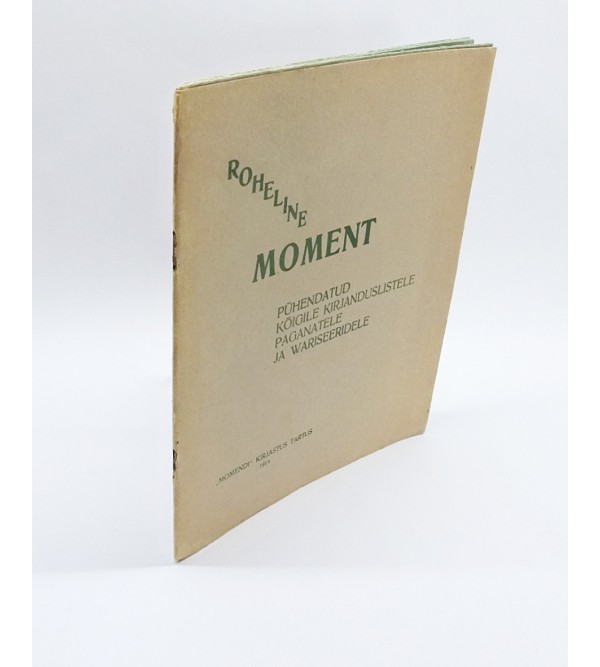 Near Fine condition; back wrapper shows slight soiling; internally slight trace of moisture on the inner margins and along upper edge of the sheers to the centre (text is untouched) throughout the book, minor rust stains arou..

Near Fine condition; back wrapper shows slight soiling; internally slight trace of moisture on the inner margins and along upper edge of the sheers to the centre (text is untouched) throughout the book, minor rust stains arouns staples on the central sheet.

As stated in the "Handbook of international futurism" by Günter Berghaus (De Gruyter, 2019) the first Estonian writers whose works were connected to Futurism were members of the “Moment” group (active in 1913-1914). In 1914, two of them, Henrik Visnapuu and Richard Roht, published a short collection on green-colored paper and called it Roheline Moment (the Green Moment), which can be considered as first Estonian futurist publication.

The most important section of the book is the manifesto “Momentistide päewakäsk“ (The Momentists’ Order of the Day), the first Estonian literary manifesto written in the style and language of the avant-garde. In contains ten commandments and ten prohibitions. The manifesto primarily attacks Aestheticism and declares all important Estonian cultural figures (naturally, followers of Aestheticism) to be outdated. The term “päewakäsk” was borrowed from the lexicon of the army and shows that the young men had assumed the role of the officers.

The collection also includes the first Estonian futurist poems by Visnapuu: pattern-poem “Varaoni tütar” (The Pharaoh’s Daugher), which is a love call to a deceased girl with the text arranged like a mummy lying in a sarcophagus; “Oktoobri õhtu suurlinnas (“October Night in a City”), which describes modern city life – electricity, cars, tramway; “Kevade külas” (A Spring in a Village), which amounted to a little more than a catalogue of words. All of these poems are full of onomatopoeia and devoid of any punctuation marks. [Berghaus G. "Handbook of international futurism", De Gruyter, 2019]

The idea was to shock and irritate "the philistines". It succeeded. However it was not just "the philistines", who were unable to understand Visnapuu’s futuristic world. Cubo-futurism had developed in urban societies but skyscrapers, factory smog, mechanisation and high-speed living were virtually unknown in the mainly agricultural Estonia of the time.