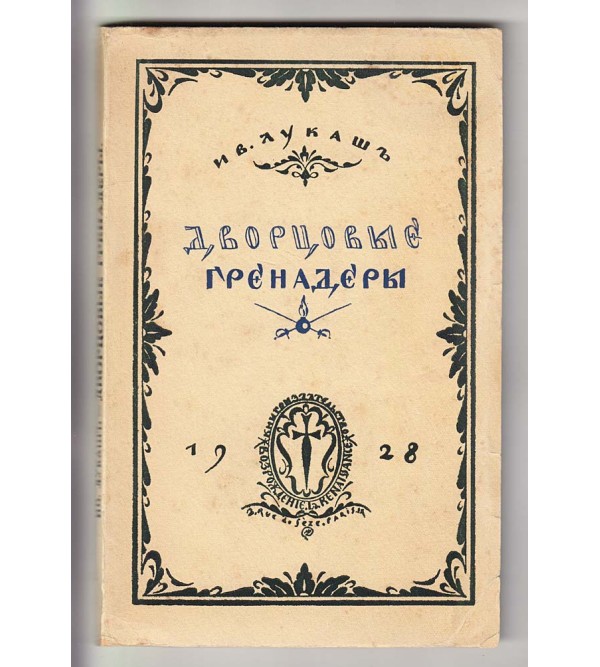 A noted Russian émigré historical writer and journalist Ivan Sozontovitch Lukash (1892 – 1940) made his debut with ego-futurist poetry collection in 1910 published with the support of Igor Severyanin. In 1917 he went through a personal crisis caused by the Russian Revolution. During the Civil War fought in the White army, in 1920 emigrated to Sofia, after moving to Berlin, Riga and finally settled down in Paris. From the mid-1920s he turned to the historical subject in his prose writings, which can be classified as postneoclassical. Lukash published around ten historical novels and stories dedicated to different periods of Russian history, its greatness, culture, unshakable faith in a bright future, giving food for thought about Russia's fate. All of these had great readers' acclaim.

Current collection of ten stories is among the creations of the new period, where masterfully revealed graphic imagery of Russian history. Author created here original, although not free from idealization, imageries of old Russia – A. Pushkin, V. Zhukovsky, Catherine II with Chevalier Guards, and other prominent figures in St. Petersburg and Moscow history, as well as various kinds of unique antiquity. Even in the stories of modernity (Palace grenadiers, A quoi pense l’empereur) the characters are people of the distant past. Lukash is the last classical writer of Russian literature as he has proved, though a long period of oblivion, to be lasting through time and has been recognized as such by his famous colleagues, I. S. Shmelev, А. I. Кuprin, V. Chodasevitch, B. K. Zajtsev, А. N. Tolstoj, G. Struve, V. V. Nakobov. His works included in the Golden Fund of national culture.