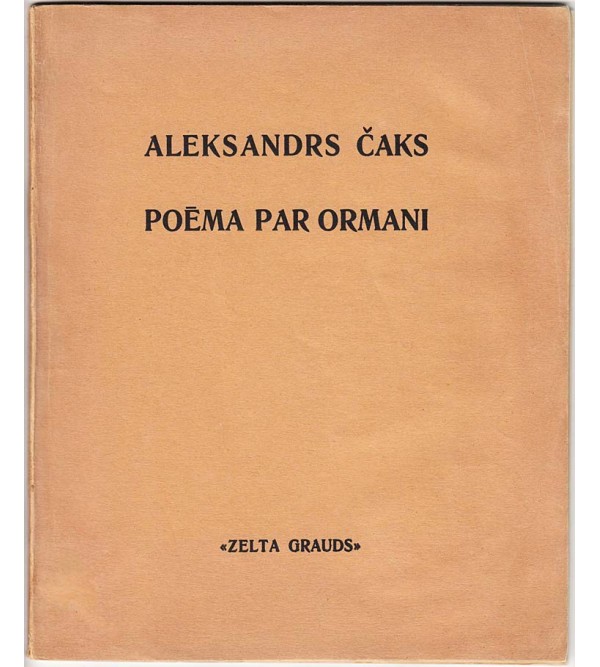 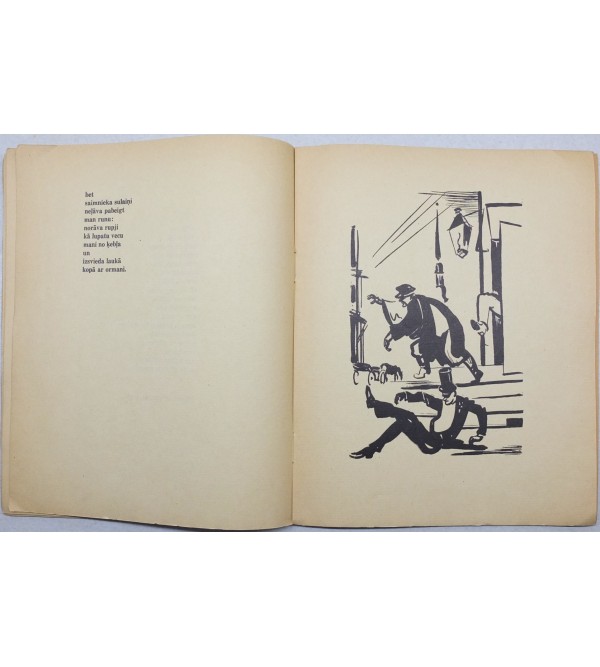 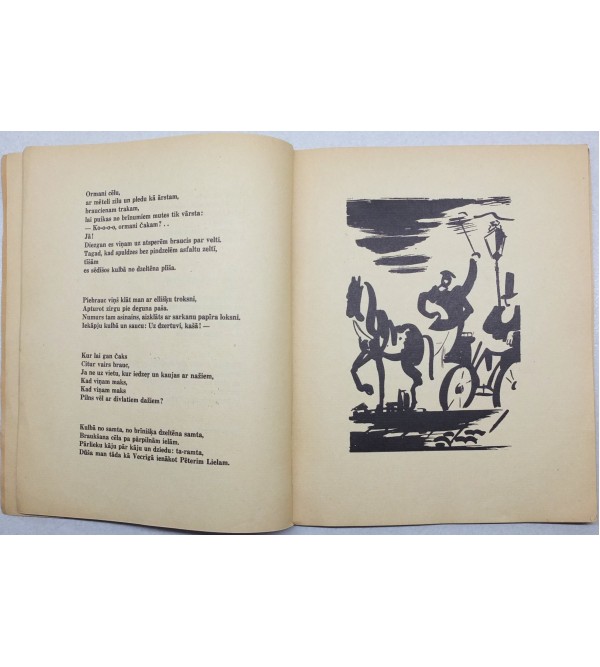 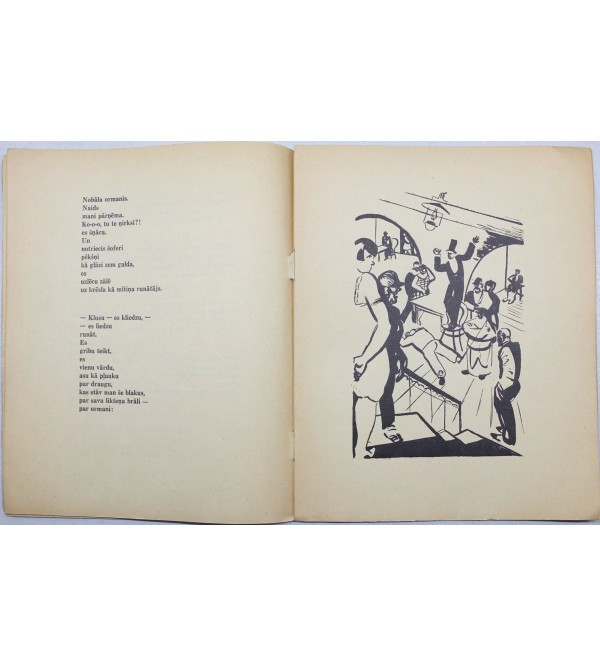 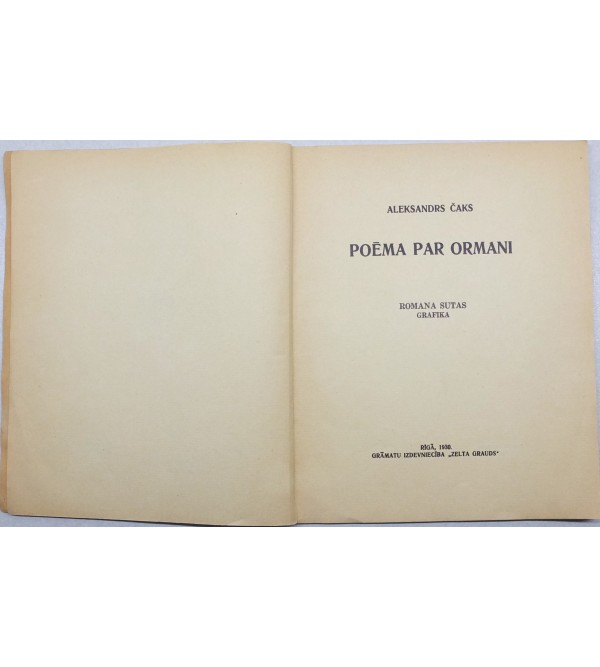 Three amazing ink drawings for the book considered very successful work of Romans Suta. The poet's ode to the cabman and the partying and entertaining city in which he drove his cart proved to be close in mood to the artist. That is seen in the many cafes, bars and saloons which he drew.

Caks's poem depicts Riga's typical cabman, who became gradually replaced by cars. In the second half on 1920s Riga achieved progress in mechanization, jazz, outlandish schlagers, fashion, artistic movements etc. Poet portrays going away silhouette of modern city, which has undergone entire era of changes. In this poem, as in early works, poet swim strongly against the tide, he is against the generally accepted ranges of society and don't evaluate changes positively (here he takes cabman's side).

As a poet, Aleksandrs Caks (1901-1950) was a legend, the most influential poet among the Latvian modernists. Caks' poetry is notable for its urban setting and modernity which gave it a strong contrast with the established pastoral and folkloric traditions in Latvian literature. His verses was devoted to Riga's restless, throbbing life, including topics and characters that had hardly been featured before — the city nightlife, horse taxi drivers (cabmen), shop-windows, streets and boulevards, poverty- stricken suburbs. He is a world-level poet whose works are endowed with all human feelings, a vast scope of emotions and a passionate love. Aleksandrs Caks' verse heralded the origination of the modern Latvian poetry by proposing new aesthetic principles and poetic forms. The format characteristics of his verse - rhyme, rhythm and imagery - have influenced succeeding generations of poets. Caks poetry is full of extravagant comparisons and metaphors. He keeps the reader riveted by the vivid scenery, the wealth of personifications, wild imagination and expressivness of his language. The lyrical strand of Latvian poetry is not absent even from Caks's most modernist, futurist poems.

Artist Romans Suta (1896-1944) considered as outstanding representative of classical modernism in Latvia's art history. In the late 1910s, Romans Suta created artworks with simple forms and heightened expression. He often depicted Latvians, forged by war and their lives as refugees. By the first half of the 1920s, artist increasingly turned to the styles of Constructivism and Cubism. Very popular became his works in the field of graphic art - series of indian ink drawings which depict inviolable components of an urban environment, along with wine lovers, card players, musicians and dancers.