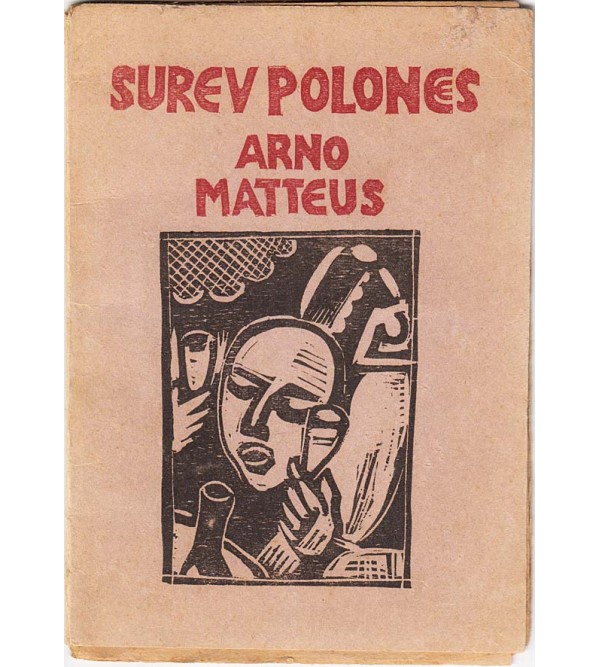 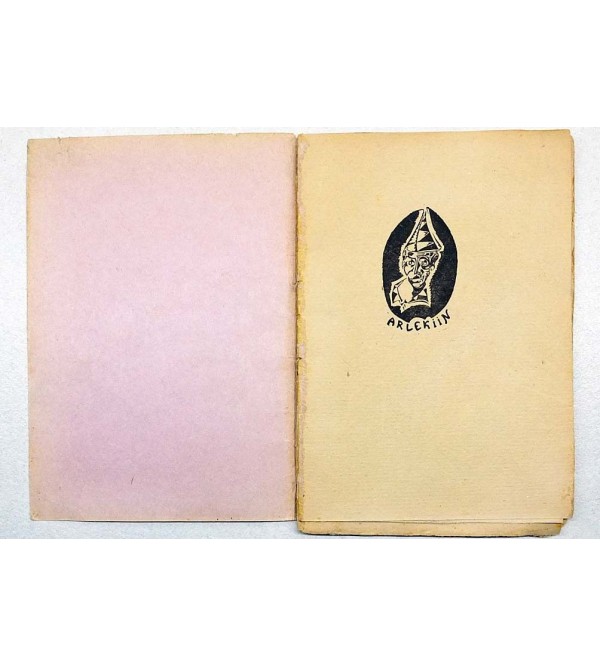 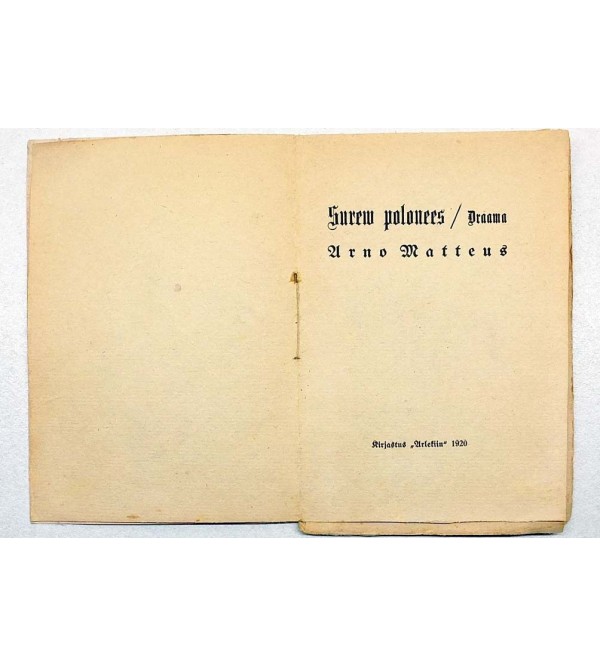 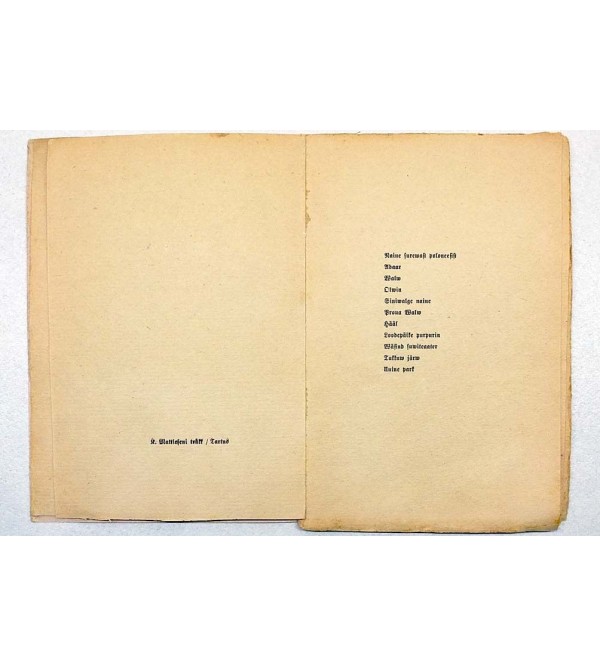 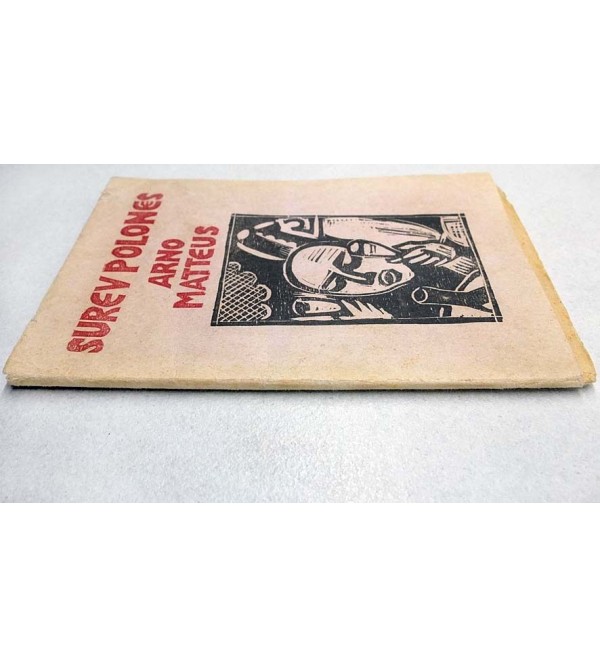 Near fine condition; cover shows slight rubbing and minor foxing, small and soft creases across cover corners; internally upper edge of the back flyleaf restored with paper strip (owner inscription was cut out).

Book was published by small publishing house "Arlekiin" (Harlequin) located in Tartu, which were active in 1920 and in 1925 years and published only 9 books with very limited print run (max 500 copies).

Present verse drama author Arnold Matteus (1897-1986) together with Albert Kivikas and Erni Hiir belonged to the developers of new literary trends in young Estonian Republic and formed youth avant-garde group. Their creation characterized by the innovation and the spirit of protest. But unlike his friends Matteus remained on the literary periphery and became a notable architect.

"Dying Polonaise" is a kind of modernist play for which is difficult to find analogues. Using extremely romantic language it tells about love, which must be destroyed for some mysterious reason, in such way author creates an atmosphere of "lost generation".