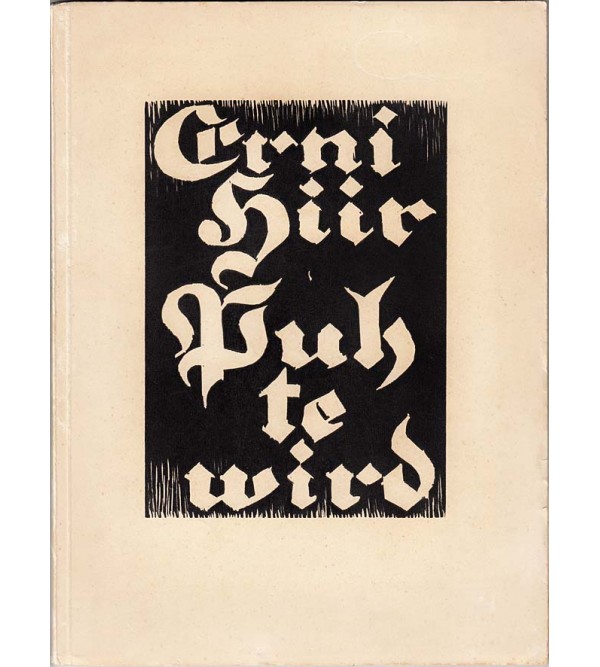 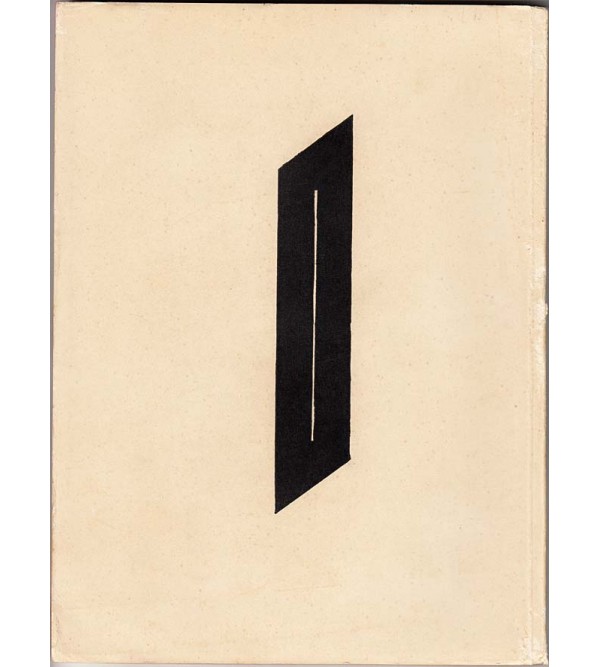 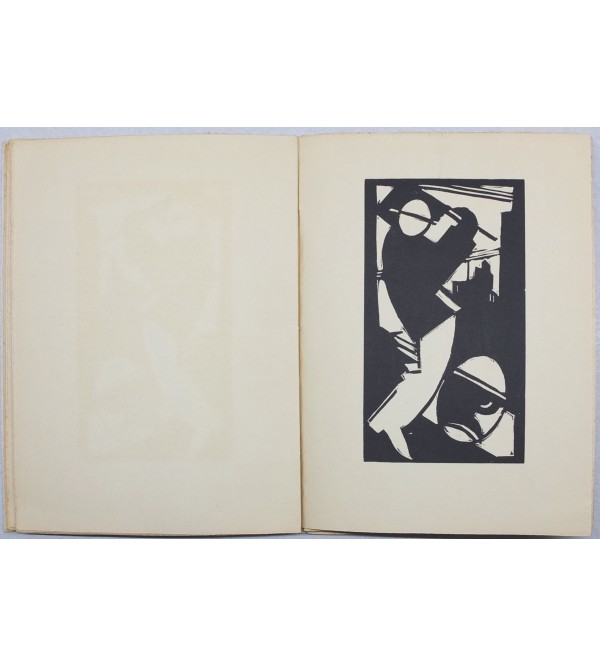 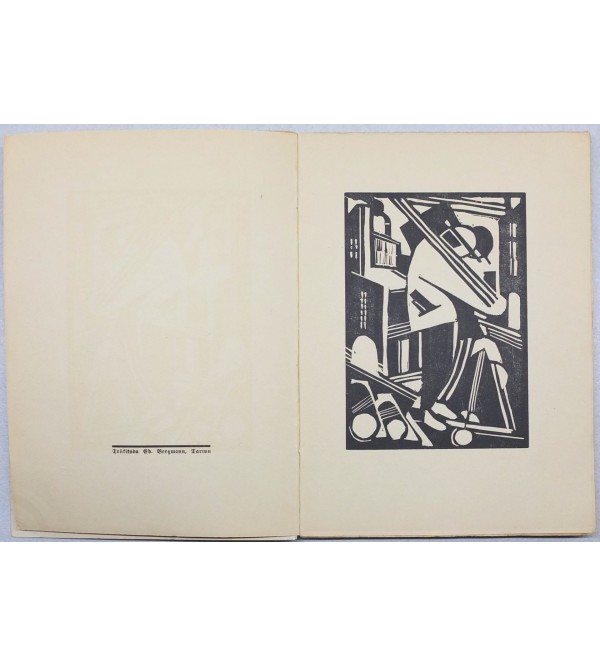 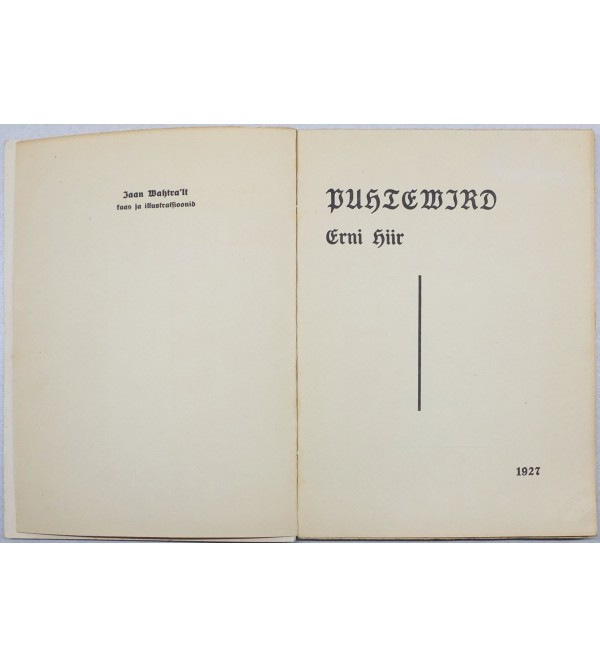 Fine condition; minor foxing spots on the cover, otherwise perfect.  Prätensioonide laalik "Puhtewird" (song-book of complaints according to the author) is the third collection of poetry by brightest representative of Fu..

Prätensioonide laalik "Puhtewird" (song-book of complaints according to the author) is the third collection of poetry by brightest representative of Futurism in Estonian literature Erni Hiir (1900-1989). He became famous for his futurist manifestos, unexpectedly amaze futurist poetry, which poetics based on experimentation with visual-typographical design, using of non-exsisting and nonsense words, assembling phrases from different languages.

The present book in contrast with previous verse collections is considered as a creative peak of writer, poetry parnassus of young generation. Proletarian, pathetic, revolutionary, opposition poetry, based on criticism of modern society, which was born of a social conscience and belief that better times are coming. Collection includes such great verses as tragical and depressive "Painful Earth", rhythmic "City", bulious "Curse!" and many other poems full of meaning, actual and vital. Here is visible author's developed talent and knowledge of theme, at the same time refusing from redundancy of words and complexity of phrases which characterized his earlier works. But futuristic features based on experimentation with formal extremes are still present.

Book woodcut cover design and 3 full-page woodcut prints created by Jaan Vahtra (1882-1947), Estonia's most important experimenter with Expressionist, Cubist, and Constructivist tendencies. Vahtra was trained in Riga and St. Petersburg. Upon returning to Estonia, he joined the Pallas School and fouded the Group of Estonian Artists. He developed his own distinct cubist-constructivist style that brought him fame.