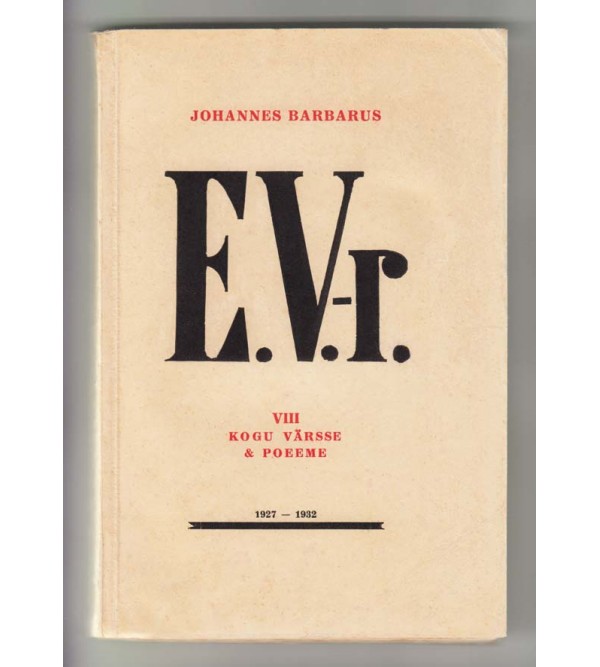 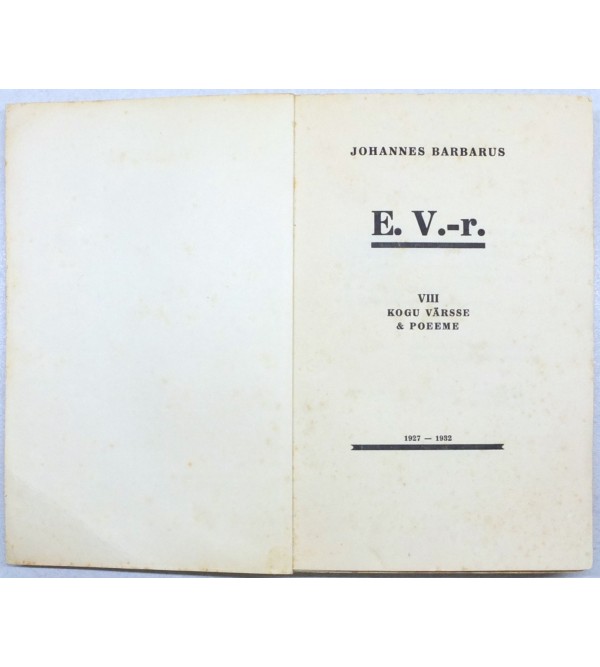 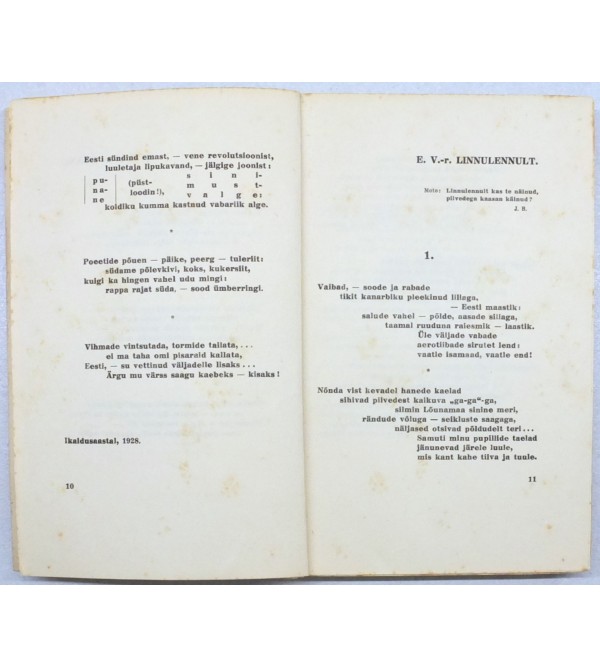 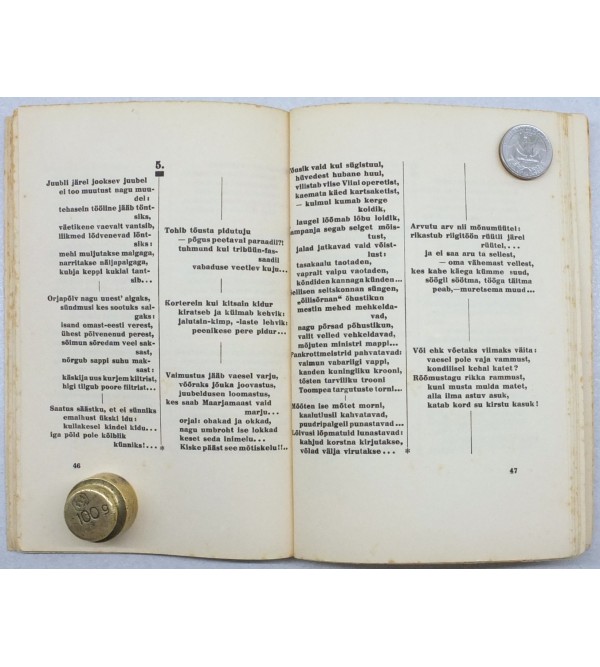 This unique poetry book depicts (in accordance with its title) the first decade of the Republic of Estonia. Critical attitudes towards existing regime and reality of the early capitalism are expressed in the sharpest tone, but at the same time, remarkable an innovative poetic from, and conteptualism in the context of a later artistic culture. Here included one of the key texts of Estonian avant-garde lierature, the poem "E. V.-r.", an example of concrete poetry, in which the typographical arrangement of words divided into two plans. In the light of the historic importance the fundamental meaning carries author's statement to this poem named as instead of the poem's motto: "For the first time the independence of the Republic of Estonia was proclaimed in Pärnu. I am proclaiming this in my poem the second time." After the events of 1940s, the true meaning of the phrase remains unclear. Could it have been tagged as political-ambitions or something more? The central part of the book is devoted to the depictions of the town and nature at the same time. For example, the poem "Bird's-eye View of Estonian Republic" (E.V.-r linnulennult) shows beautiful Estonian landscapes, nature and towns: Pärnu, Viljandi, Narva, Rakvere, Tartu, Jõgeva, Tallinn, etc. Barbarus looks at his country from high above and describes what he sees. "Film-Verse (Negative of the Capital City)" (Filmvärss (Päälinna negatiiv)) offers a description of many places in the capital city, including the Old Town. The author is in the role of a tourist who roams around, observing and enjoying the surrounding sights. At the same time the poet remembers his origins and keeps coming back to people, sympathizing with the poor and the suffering.

Book's avant-garde constructivist cover design is created by Estonia's most important avant-garde artist Jaan Vahtra (1882–1947). Among all his other achievements he recognized as the man who brought Cubism to Estonia.

Johannes Vares (1890-1946) became a well known Estonian poet as well as radical socialist, using the pen name Johannes Barbarus. In 1917 he became a member of the Siuru literary group. He published fourteen successive collections of verse, which style varied greatly during his career. After neo-romanticist debut followed expressionist volumes, which in the end of 1920s gradually gave way to the avant-garde collections, from then on verse took more realistic turn with strong left-wing influences. After the fall of the bourgeois regime in Estonia he became president of the Presidium of the Supreme Soviet of the Estonian SSR (1940-46). Afraid of the NKVD, he committed suicide in 1946.