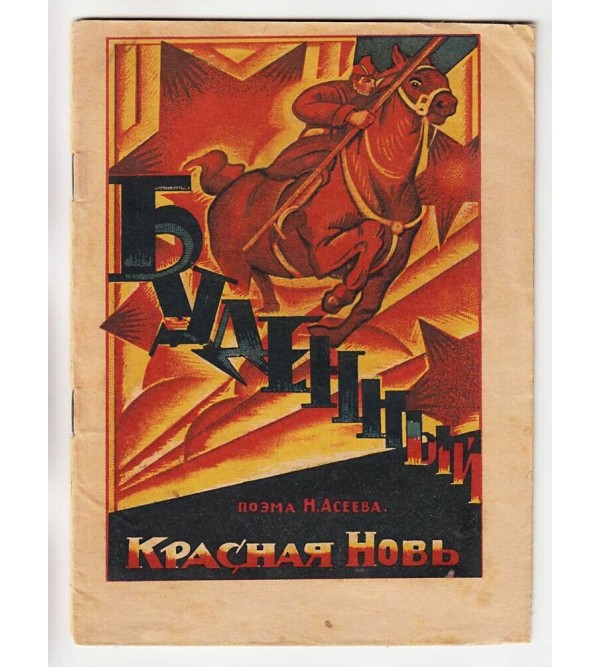 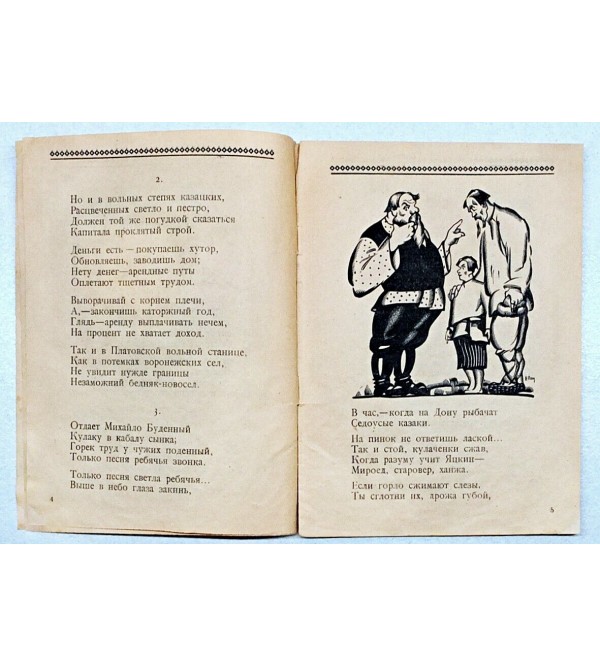 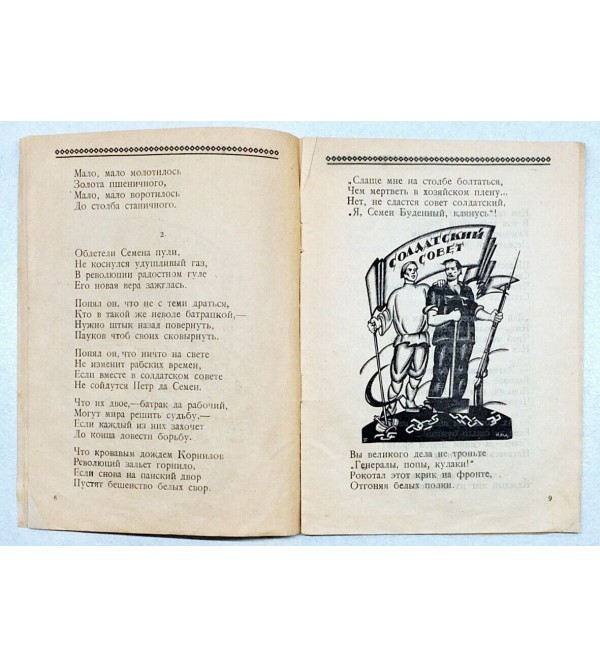 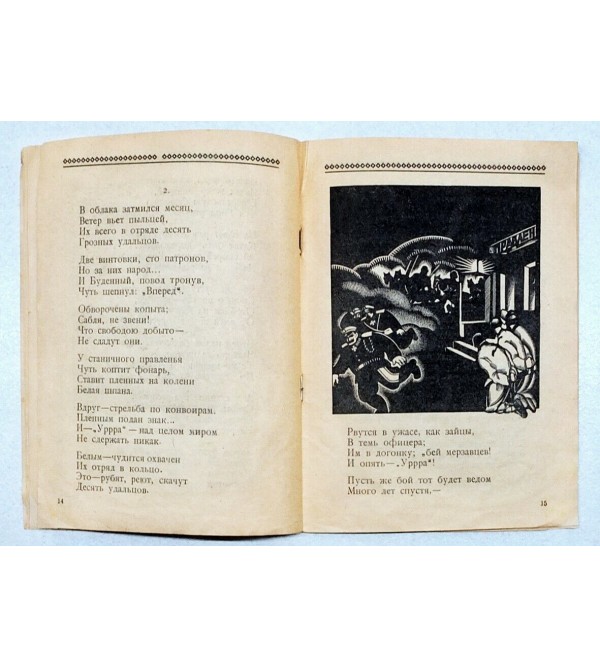 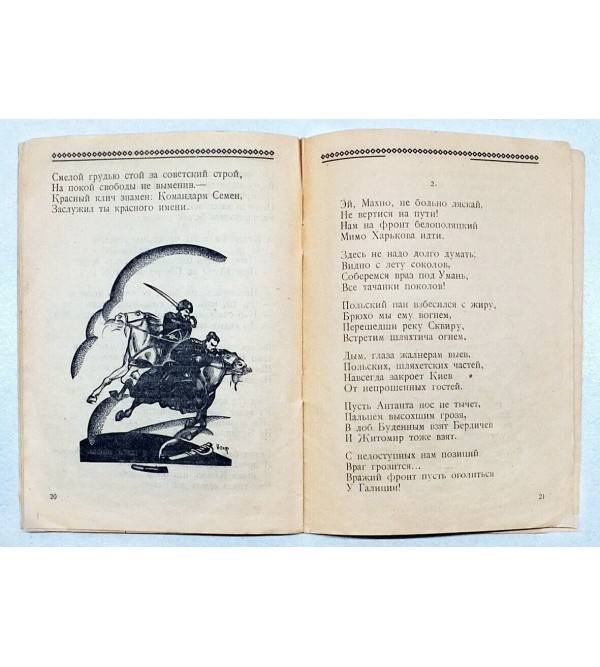 The supporter of Bolshevism, Aseev authored in 1920s stirring, propagandist verse. Current poem regarded as one of the best works of him, and is based on the biography of the red commander and hero of the Civil War, Semyon Budyonny. The book's focus are the battle exploits and the victories of the Red Army, in particular Budyonny Red Cavalry, in the Civil War. The poem ends with the “March of Budenny”, which became extremely popular song in the Soviet Union (music by A. A. Davidenko).

Since the poem was written to fulfill the dictates of the Communist Party to produce literary propaganda in occasion of the end of the Civil War in 1922, in 1923 it was published simultaneously at two publishng houses - „Krasnaya Nov“ under no. 51 in the series with artistic book covers and illustrations, and „Krug“ in the series "Deshevaya biblioteka" (the Cheap Library) of cheap books destined for a larger public with artless cover and without any pictures. The current book is decorated with striking constructivist cover by unattributed artist adapting the elements of the Russian lubok style to the proletarian theme and four woodcut illustrations signed as N. Pom.

Poet Nikolay Aseev (1889-1963) moved from a Symbolist youth in 1910s to became a leading futurist poet in the pre-Revolutionary years. After returning from a sojurn in the Far East (1916-21) he joined Mayakovsky's Left Front in Literature LEF in 1923. They agreed on the idea of “creating poetry” that should be socially useful. After Mayakovsky’s death Aseev considered himself a successor to the former line in literature and became a poet of “social oder”. Aseev’s poetic output was considerable: in the years after Revolution he published more than 70 books of verse, including three sets of Collected Works.