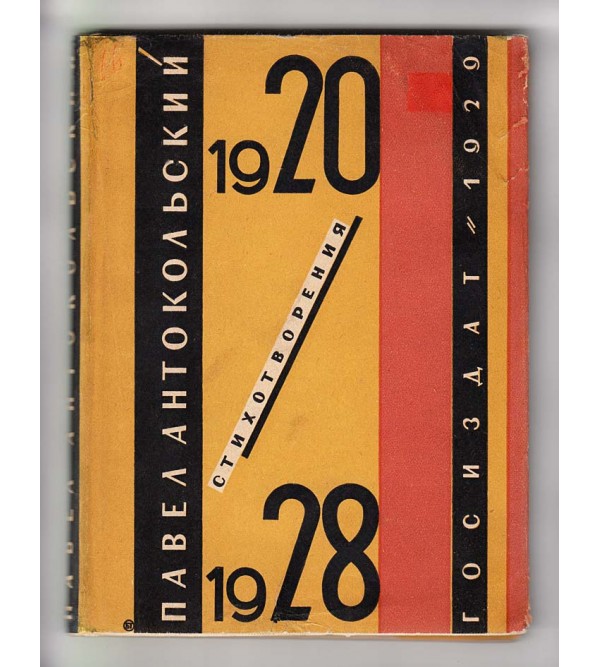 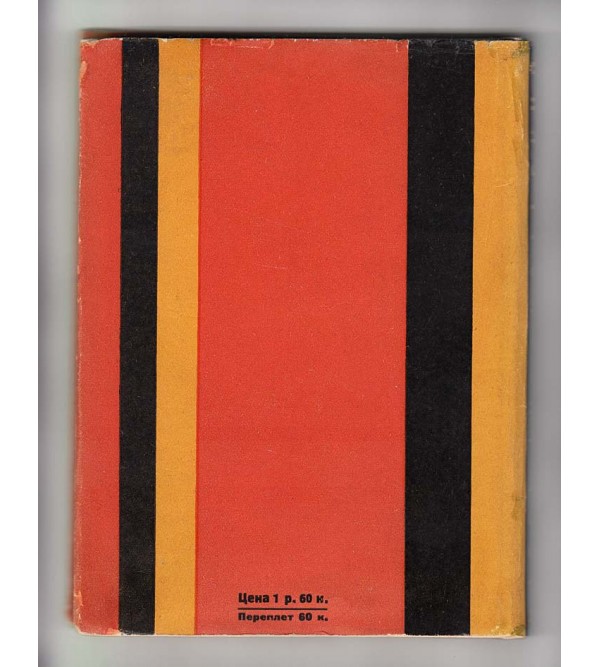 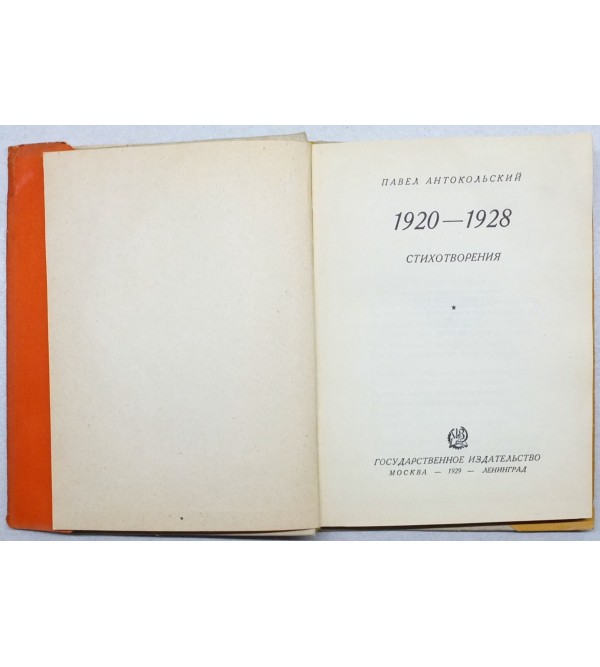 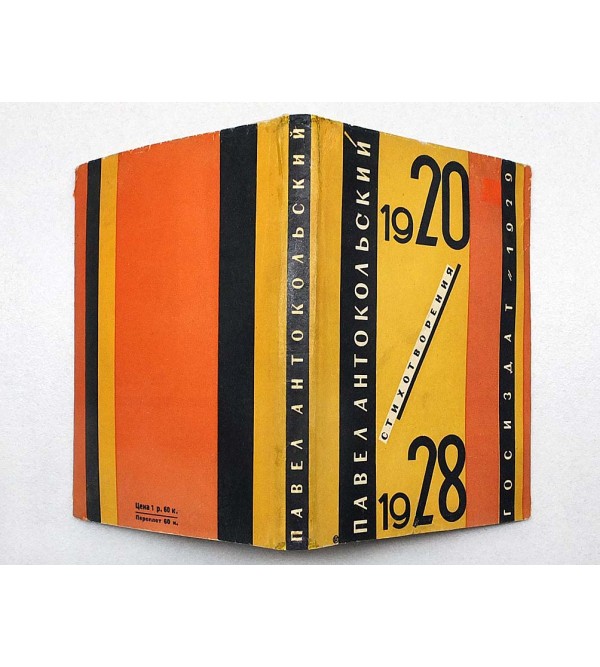 Near Fine condition. Original publishing light buckram hardbound is clean, cover shows slight bumping on the upper right corner of front cover; original publishing dustwrapper is in near fine condition, wrapped in transparent plastic protective jacket, light wear at the spine edns and small tear on the bottom edge of front wrapped was repaired (pasted with paper strips from the inner side); internally fine.

Pavel Antokolsky (1896-1978) was a Russian poet, translator, and essayist, belongs to the core of classics of Russian literature of 20th century. He was first published in 1918. The first book of poems was published in 1922.

Current collection includes poems written between 1920 and 1928 and consists of eleven cycles, featuring Antokolsky’s best works. Poems capture a wide range of themes. Cycles “West”, “Sweden 1923”, “Germany 1923” (all three from the second collection “The West”, 1926) and “Paris” (includes firstly published poems) are build abound a 1923 trip to Sweden and Germany, and travel to Paris in 1928.  The main raised themes are the crisis of the “western” society and destruction of the bourgeois culture. Texture of "western" verse betrays the impact of Vladimir Mayakovsky, Marina Tsvetaeva, and Boris Pasternak. Expressionist atmosphere of the poems is artfully constructed, the rhyming is masterful. The cycle “Nightfall Tragedy” consist of poet’s latest verses (fisrtly published) and is a bright example of so-called “Far North utopia” expressed as an uncontrollable craving for heroism, freeing from everyday life, desire for fatal trials of the Arctic explorers. Being director in the Vakhtangov Theatre, Antakolsky develops the theatrical themes in cycle “Departure after theatre performance”. These poems are characterized by theatricality, actually featuring the entire work of the poet. At 1930s Antakolsky turns to the topics of the Soviet daily life. During wartime he composes patriotic ballads and longer poems. Postwar collections treat the theme of memory and loss. Antakolsky was a mentor to several generations of Sovoet poets and a living link with both the Silver Age and the seething Soviet 1920s.

Great constructivist just jacket design in black, red and yellow by one of the most prolific, original and popular book illustrators and graphic artists Boris Titov (1897–1951). In 1920s Titov committed to the concept of constructivism in book designs, later developed his own vision of Art Deco. As a leding Soviet book illustrator he designed covers for such major Publishing Houses as Gosizdat, Molodaya Gvardiya, Proletariy, Federatsiya and others.