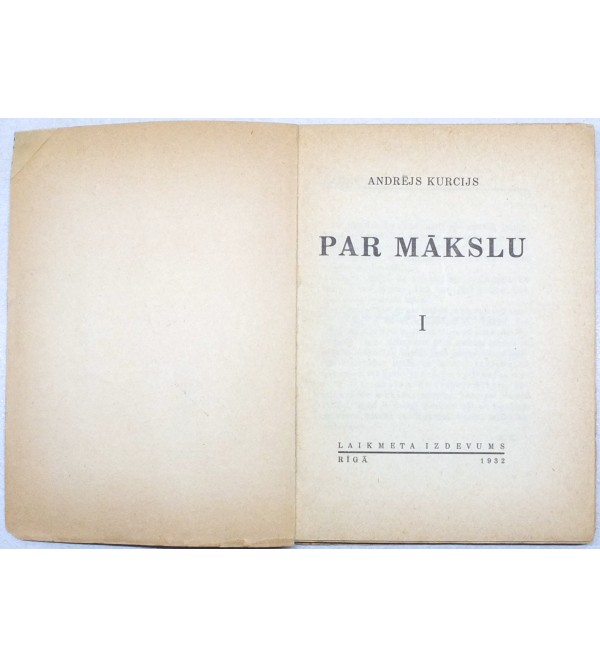 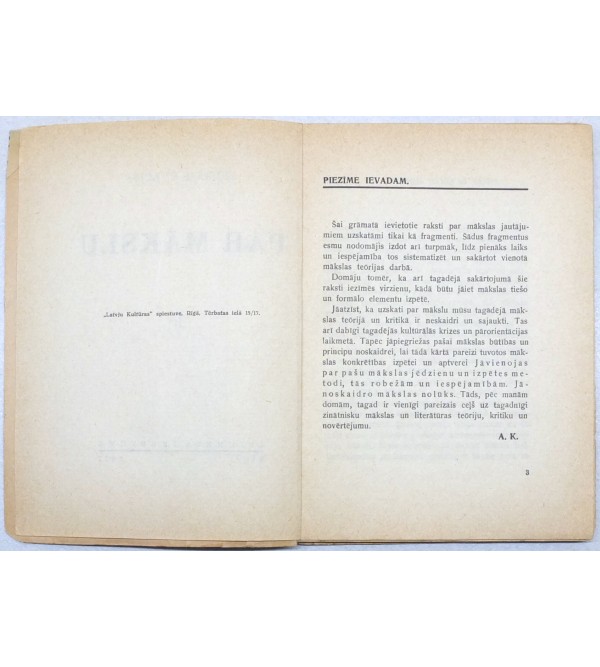 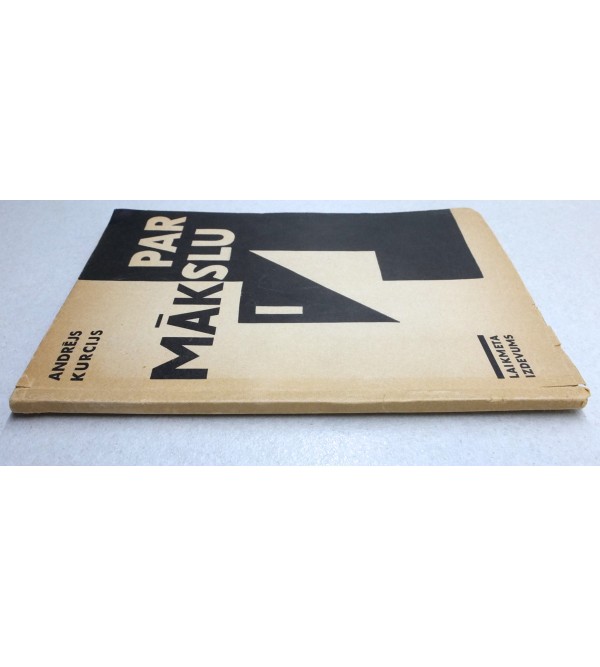 Near fine condition; slightly frayed bottom- and fore-edge on the cover, small creases across cover corners; internally fine. Amazing avant-garde constructivist cover by Niklavs Strunke (1894–1966), one of the most prominent ..

Amazing avant-garde constructivist cover by Niklavs Strunke (1894–1966), one of the most prominent Latvian modernist artists.

"On Art" - true rare and valuable book refers to author's more late publications of early 1930s, which are mostly Marxist-inspired and analyze visual art from variously emphasised left-wing positions. He still continued to defend modernist principles of art and support contemporary artistic language as the truest realism of present, like in his early literary circle "Active Art". But "On Art" became more sophisticated work with elaborate leftist theoretical essays adaptable to Marxist interpretation. With present publication Andrejs Kurcijs becomes known as one of the most consistent promoters of form and rhyme, regardness of his Marxist inclinations, his quest for radical formal innovation had become less pronounced.

Andrejs Kurcijs (1884-1959) experimental poet and prose writer, literary and art critic, leftist politician. He was a key member of the "Riga Activist", the most remarkable Latvian avant-garde movement of the 1920es. Kurcijs attempted to introduce the trend of Activism, a term coined in the melting pot of European Avant-garde trends, also voiced a compromise between the understanding of form and sociological assessment, each illuminating the other. During the Soviet period he was always typified as "a representative of working class culture", leftist writer, whose works are easily adaptable to Marxist interpretation.