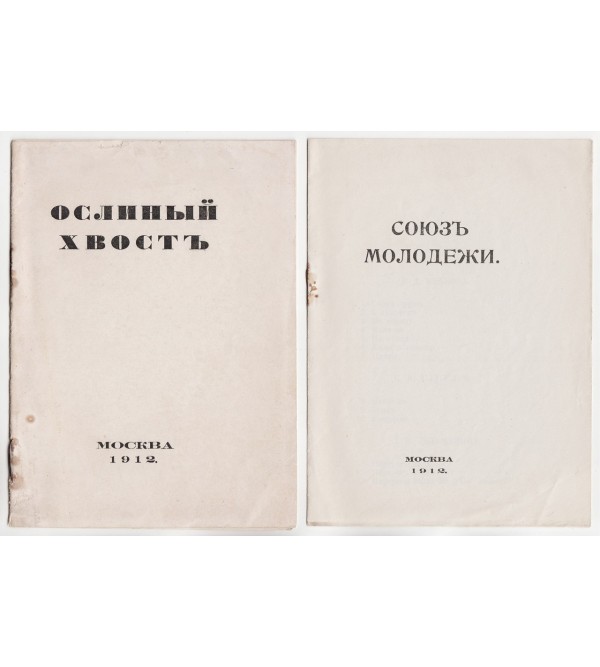 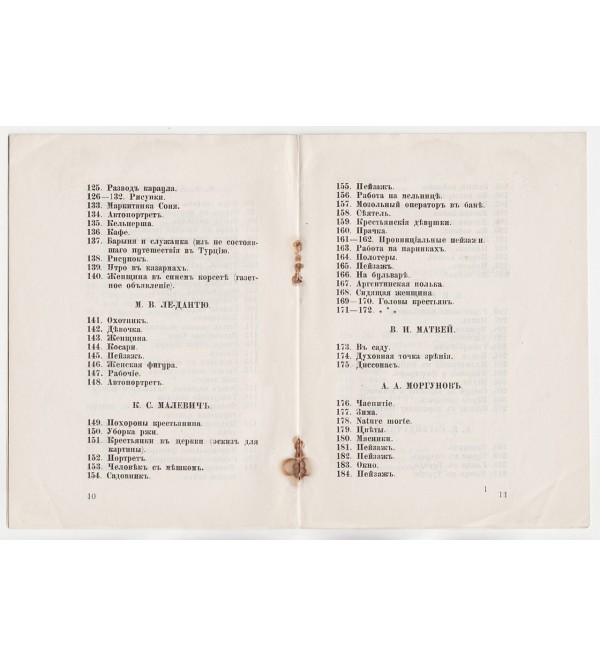 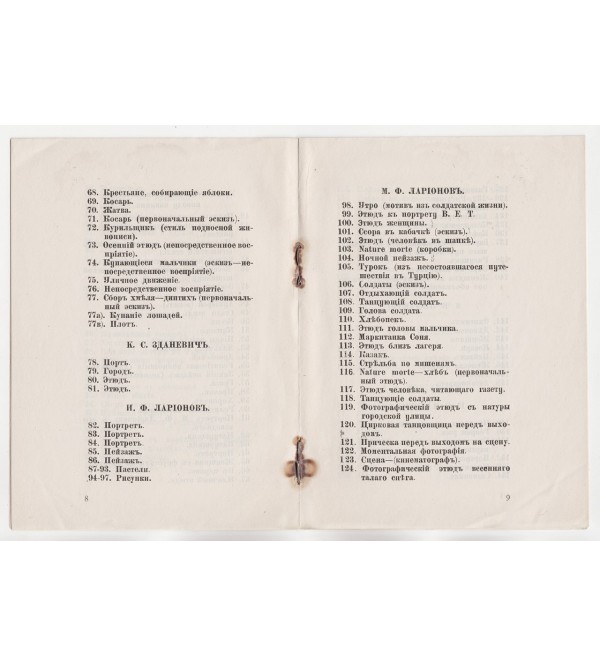 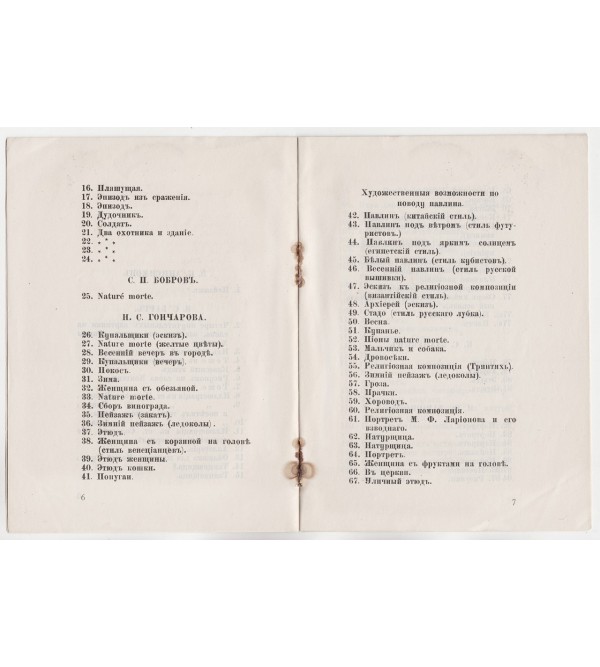 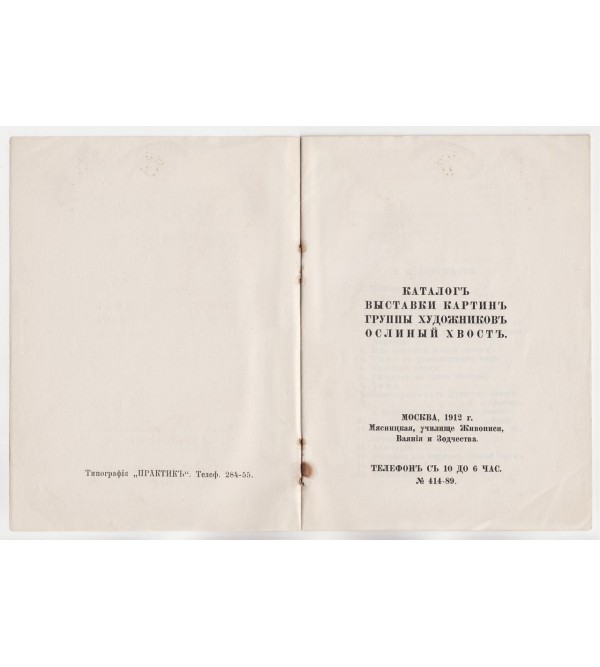 Both in very good condition; rust stains around rusty staples throughout both brochures, cover of Oslinyi khvost shows slight soiling and occasional fingerprints inside.

An artists' group Donkey's Tail was founded by Mikhail Larionov and his wife Natalia Goncharova after they had dissociated themselves from the Knave of Diamonds group in 1911 taking its most radical members with them - Kazimir Malevich, Marc Chagall, Aleksandr Shevchenko and some others. They accused that group of being too much under foreign influence, and advocated a nationalist Russian art. The name 'Donkey's Tail' was delived from an incident     at the jury-free Salon des Independants in Paris in 1910, where was shown a painting created by tying a brush to a donkey's tail.

The only exhibition held by group took place in March 1912 at the Stroganov School of Painting, Sculpture and Architecture in Moscow and was the first major all-Russian show of its kind. Among participants were the most famous Russian avant-garde painters: pioneer of Russian avant-garde Mikhail Larionov and his wife Natalia Goncharova, inventor of Suprematism Kasimir Malevich, founder of Constructivism Vladimir Tatlin, as well as Marc Chagall, Aleksandr Shevchenko and others. In total on display were 307 works by 19 artists. A separate section was formed from 110 artworks by 15 invited members of the Union of Youth: Olga Rozanova, Varvara Bubnova, Anna Zelmanova-Tchudovskaya, Iosif Shkolnik, Savely Schleifer, etc.

At the exhibition dominated Larionov’s and Goncharova’s paintings in a Neo-primitivist manner based partly on icon painting and peasant art. Goncharova's religious art was criticized as blasphemous and caused a public outcry, some of her works ordered to be removed. This only compounded the interest of the media and the public in the activities of the young avant-garde and of Goncharova in particular. An event was attended by about eight thousand people, fourteen works were sold. In 1913 the Donkey's Tail group disbanded.

The catalogue with full list of exhibits was published to accompany the exhibition of Donkey's Tail. Separate enclosed exhibition catalog lists exhibits of the Union of Youth.